As many as 38 new mobile handset manufacturing units with over 20 million units per month capacity were established in India since September 2015 by companies including Micromax and Lava International. 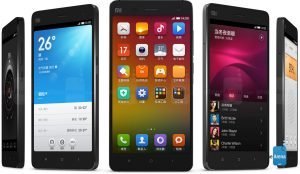 These units have generated jobs for 38,300 people, the Department of Industrial Policy and Promotion (DIPP) said in the Make in India Electronics & IT Sector achievement report.

While Foxconn has set up five units, Lava International has established two and Intex Technologies four.

The other companies that have set units in different parts of the country include Innovative Industries, Champion Computers, Bingo Mobiles Tech and Flextronics.

As the demand for high-end products rises in the domestic market, the Indian ESDM (Electronic System Design and Manufacturing) sector is projected to grow at a CAGR of 24 per cent to USD 400 billion by 2020 from USD 70 billion in 2014.

It said that with a target of Net Zero Imports by 2020, the government has taken several initiatives to promote manufacturing in the country.

In 2014-15, about 1.9 lakh crore of electronics products were manufactured indigenously.