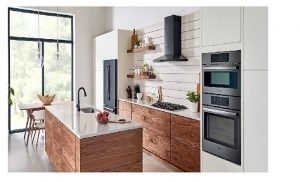 The global market for smart kitchen appliances is projected to reach a market valuation of more than US$ 2 Billion by 2026, Future Market Insights said in its recent research report. The market was valued at around US$ 703 in 2017.

According to the analysis done by research firm, the smart dishwasher segment is expected to lead the global market with a valuation of more than US$ 580 Million by the end of 2026.

In 2017, the smart dishwasher segment reflected a value of more than US$ 140 Million and became the second largest segment in terms of revenue generation.

The smart refrigerator segment led the global market in 2017 with a value of US$ 212.5 Million, followed by smart coffee maker, smart dishwasher, smart cookware & cooktop and smart oven.

The smart oven is identified as the fastest growing segment and is estimated to reflect a value CAGR of more than 18 percent throughout the forecast period (2017-2026).

However, higher pricing is a factor of concern that has challenged the market’s growth, the report noted.

Other highlights from the report

When it comes to connectivity technology, the Wi-Fi segment is expected to dominate the global market in terms of market strength by the end of 2026 followed by the Bluetooth segment. This segment is projected to grow at a stellar 16. percent value CAGR throughout the assessment period.

In 2017, the Bluetooth segment dominated the global market with a high market valuation.

Xiaomi is ‘as Indian as one can get’: Manu Jain, MD