KPMG has forecast that Indian online gaming industry may add 190 million gamers and become a USD 1 billion opportunity by 2021.

PubG, one of the most popular online smartphone games, has more than three million downloads in India alone. The game is so popular that pros, who regularly play it, time and again, keep recommending gaming headphones instead of regular ones to other players.

Interestingly, the world of online smartphone gaming has grown so much that almost every major smartphone manufacturer has either launched or is planning to launch its own gaming smartphone. One of the latest examples of the same is Vivo. The China-based smartphone company has just announced IQOO as a gaming smartphone brand. It is to be noted here that BBK already has OnePlus, Vivo, Oppo and Realme operating under its umbrella.

Faisal Kawoosa, founder and lead analyst, Techarc, said, “Online gaming has come out to be one of the trending use cases of smartphones and the ecosystem around it including 4G connectivity.  As per a recent Techarc user insights study, it was the 2nd most engaging use case daily. 70 per cent of the users play a game on their smartphone on daily basis.”

He added, “The smartphone brands have to catch-up with this trend and offer handsets that give the best of gaming experience to the users. This is why gaming has become one of the key deciding cornerstones for smartphone designing.”

The effects of increasing trend of online gaming on smartphones industry can be easily ascertained from the fact that industry heavyweight Samsung, back in time, had started promoting its Galaxy 9 smartphone as gaming-pro devices. Many of the smartphone launches that took place recently have mentioned online gaming in one way or the other.

Himanshu Jain, Market Analyst, Channel Research, IDC India, said, “Online multiplayer gaming publishers like Tencent Holding Limited, Sony, Activision Blizzard, etc. are spending huge on high decibel marketing in India. To gain this momentum, smartphone brands like Oppo, Realme, etc. are teaming with popular mobile games to launch region-wise competitions. This is helping them to prove consumers that their devices are gaming ready and are best suitable to play all the high intensity games which requires good specification. This in turn help them increase the spending of consumers by offering some differential gaming experiences in the price sensitive market like India and gain loyalty of consumers.”

Realme 3, which was launched recently in India, is being promoted as one of the best gaming smartphones, in its category, by the Realme team in the country. Similarly, Redmi Note 7 and Note 7 Pro smartphones are also being marketed as gaming pro smartphones in India.

Faisal added, “There are two opportunities. A tie up with a smartphone brand gives gaming platforms a quick way to break through the market. Since, they pre-load their apps (games), it increases the chances of getting more users on the gaming platform. The other is it gives the handset brands a differentiator and helps them project the smartphone models as gaming smartphones which will have the hardware and the apps available. Underlying this layer, is the revenue opportunity for both.”

The biggest effect of the trend might have been Oppo teaming up with PubG to organise online tournaments and gaming events. Similarly, Realme has apparently partnered with Free Fire online game to market its recent smartphones.

Not just smartphones, but it seems as if the increasing trend of online gaming has paved the way for many other smartphone gaming accessories in the country as well. Gaming headphones, gaming controllers, triggers and power banks are notably the biggest ones. 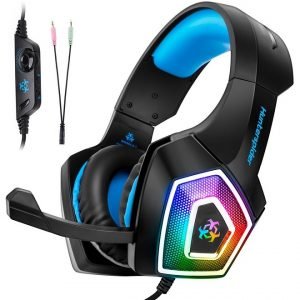 Increase in the use of gaming headphones is one more indicator that point towards the increasing business of smartphone accessories driven by the trend of online gaming. A simple search for gaming headphones on India’s most known e-commerce portals results in more than 4000 products.

Various companies are offering gaming headphones with starting prices ranging from Rs 500 to Rs 1000. Flipkart has a gaming headphone, priced at Rs 21,350 on its online market place. Similarly, Amazon India has one available at a price tag of Rs 35,749.

Faisal said, “As the gaming industry develops, there will be more and more accessories that will get connected to a smartphone for the immersive experience. So, we will see more headphones, AR/VR gears, Joysticks, etc., being launched and introduced in the market.”

Randeep Singh, who is an ACE category player on popular PubG game, said, “Gaming headphones definitely help. By using headphones, I was able to identify the exact location an enemy is coming from. I paid Rs 3700 for this headphone and they are definitely worth every penny.”

He added that more and more players ask him about the brand of smartphone accessories he uses while playing the game. A lot of them, as per Randeep, end up buying what he suggests. 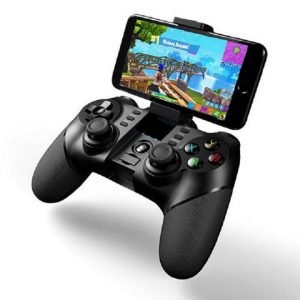 Gaming controllers that were made famous by gaming consoles including the likes of Xbox and Playstation are slowly making their way as a smartphone gaming accessory. Companies are coming with consoles that can be equipped on a smartphone using Bluetooth, Type-C and micro-USB jacks.

A variety of devices known as PubG triggers, alone, have flooded online market places. These are available in price ranges starting from Rs 100 and going till Rs 1000. It is to be noted here that these triggers do not connect electronically to a smartphone but act as touch sensitive accessories. However, these are still helping accessory makers rake in a lot of mullah from the increasing trend of online gaming.

Randeep added, “PubG does not support gaming controllers, people have come up with gadgets that we call as triggers. These are available at starting prices of Rs 100 and help in better game play.”

Though a lot of companies are trying to equip their smartphones with bigger and better batteries, the trend of gamers using power banks for uninterrupted gaming sessions might stay for a few more years. Power banks not only double as a power back-up for smartphones but can also be used to charge smartwatches, tablets and even laptops in some cases. This is probably one of the reasons that gamers do not hesitate in investing in a power bank.

Faisal added, “Gaming is a battery exhaustive application that drains the smartphones faster. But we are seeing smartphones that enable better backups and runtimes. This could be a trigger, but so far, power banks are not seen as a good way of recharging as they take too much of a time to replenish energy levels in the smartphones. We have to look for fast charge/quick charge enabled power banks which would mean something to gamers.”

The future of online gaming on smartphones and accessories business related to the same looks very promising especially because the upcoming 5G technology will enable faster and better game plays. Not only the smartphone market is likely to witness a flood of 5G devices in the coming two years, but there is also a possibility of more companies entering the gaming smartphone market .

As per IDC India data for 2018, mid-price segment of $100-$200 is the most growing segment in 2018 as compared to $0-$100 in 2017, which proves that consumers in India have increased spending on smartphones and are demanding higher specifications at incremental costs. Gaming on mobile is one of the triggers which pushed consumers to increase their budget on smartphones.

One of IDC’s report read, “India is generally a younger nation where more than 50 per cent of the population are less than 25 years and are tech savvy. This consumer segment has pushed mobile phone makers to come up with new technology at affordable prices and compete in the already competitive market. The idea of creating a smartphone with high end gaming specs help them create a different segment of consumers where they can charge premium for some exclusive experiences like 30 different vibrations on Honor Play while playing Pubg.”