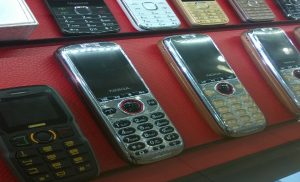 Jio, as compared to 36 per cent market share in the feature phones segment during Q1 018, slipped to 30 per cent share during Q1 2019. A latest report by Counterpoint Research also suggest that Itel, a Transsion Holdings brand, also held one per cent less share in Q1 2019 as compared to the share it had held during Q1 2018.

Lava International Limited showed tremendous gain in the feature phone market with over 100 per cent growth in its market share from six per cent to 13 per cent in the Q1 results of 2019 as reported by Counterpoint Research. In the 2G Feature Phone segment Lava came a close second to Samsung with a difference of only two per cent in the market share.

Sunil Raina, president and business head, Lava International Limited said, “We have always maintained an extremely strong position in the Feature Phone segment. It is our focus, commitment to empowering Indian customers and most importantly perseverance which have helped us to achieve this. Over the years, we have been building capabilities within India in product design & manufacturing – in order to make valuable technologies accessible and provide reliable products to our customers.”

Jio, Samsung, Lava, Nokia and Itel, as per the report, held the majority feature phones shipments share during Q1 2019. With Jio leading at the top with 30 per cent share, Itel was the fifth on the list with seven per cent market share.

Raina continued, “We are the only brand to have complete end-to-end control on product value chain within India complemented by our robust distribution network and speedy customer service. This feat is a true testimony of our customer-centricity and we thank all our consumers and partners for the trust they have reposed in us.”