According to the new market research report, sensor fusion market is expected to be worth $6.35 billion by 2022 on the back rising demand in consumer electronics. 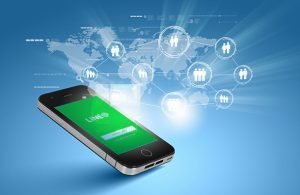 The major factor driving the sensor fusion market across the world is the increasing demand for consumer electronic devices such as smartphones, wearable devices, gaming consoles, and smart TVs. The growth of the sensor fusion is also driven by growing trend of miniaturization in electronics.

The considerable growing demand for home automation devices around the world is expected to boost the Sensor Fusion Market.

The APAC region held the largest share of the sensor fusion market in 2015. One of the main reasons for the large share of APAC in this market is the growing demand for consumer electronic devices such as smartphones, tablets, and wearable devices in the region.

China is the major market for sensor fusion in the APAC region owing to the increasing demand for consumer electronics products such as smart phones, tablets, wearables and gaming consoles in the country. China is the worlds largest automotive manufacturer, which is one of the prospective applications of sensor fusion for active safety in automobiles.