Mobile phone sales have come back to normal growth in January after a sudden slump due to demonetisation, on the back of quick responses from retailers and marketers, a top official at the country’s largest mobile phone maker Samsung has said. 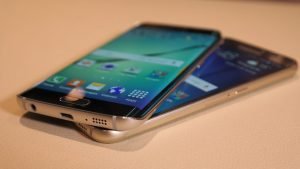 Entry-level feature phone sales were badly hit by the sudden decision to delegalise old Rs 500 and Rs 1,000 banknotes that accounted for 86per cent of currency in circulation. Sharma claimed that Samsung has met its October-December quarter sales target despite demonetisation and the company’s decision to not launch flagship Galaxy Note 7 smartphone due to safety concerns.

As per industry estimates, cellphone sales declined by 40-50 per cent in November after demonetisation and was down by 15-20 per cent in December. The worst impacted were feature and entry-level smartphones that are mostly purchased by cash. Indian brands having significant presence in small towns and rural areas bore the brunt of the impact.