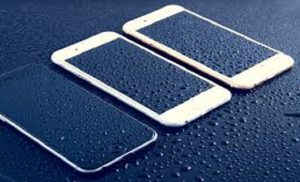 Majority of smartphone users in India feel their devices does not have all the features that they need, a study has claimed. This consumer insights survey, conducted by 91 Mobiles included intakes from more than 15,000 smartphone users, mostly males in the 18-30 age bracket.

Software slowdown was termed as the second most common issue in smartphones followed by camera consistency.

Most desired features in smartphones

21 per cent of the people who took part in the survey outlined waterproofing as the most desired feature they would like to see their smartphones empowered with, whereas 19 per cent felt a need for quick battery charge support as most desired.

A small chunk of 11 per cent survey participants have termed face unlock option as the most desired feature whereas 15 per cent have said that they would like to see their smartphones endowed with a front-facing flash, probably for better selfies.

It is a known fact that India is a price sensitive market and consumers here prefer to spend money on products which are worth the value.

Xiaomi Claims it Sold Over 8.5 Million Devices During Festive Season