This was the seventh consecutive quarter of PC shipment declines, but Gartner analysts said the market is showing some signs of improvement.

“One of the ongoing problems in the PC market has been the price hike in selected regions due to the weakening local currency against the U.S. dollar,” said Mikako Kitagawa, principal analyst at Gartner. 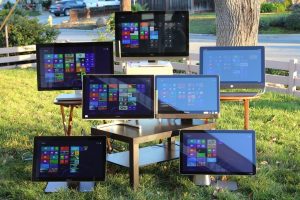 While the U.K.’s vote to exit the European Union did not have a major impact in the worldwide PC results in the second quarter of 2016, Gartner analysts said Brexit could potentially create uncertainty, not only in currency, but also the entire economy beyond Europe.

Lenovo maintained the No. 1 position in worldwide PC shipments in the second quarter of 2016, despite a 2.2 per cent decline in units from the same period last year.

This was the fifth consecutive quarter of global PC shipment declines for Lenovo.

The company experienced double-digit growth in the U.S. mobile PC market, but EMEA continued to be a challenge due to inventory build during the quarter.

In Asia/Pacific, Lenovo’s shipments declined, but the decline was less than the overall average in the region.

Notes: Data includes desk-based PCs, notebook PCs and ultramobile premiums, but not Chromebooks or iPads. All data is estimated based on a preliminary study. Final estimates will be subject to change. The statistics are based on shipments selling into channels.

With a stagnant economy in the region, it put pressure on discretionary spending, and smartphones ranked as a higher priority to purchase than PCs.