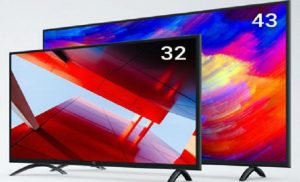 Popular for its smartphones and smart LED TVs in India, the China based electronic appliances manufacturer Xiaomi announced that it had sold over 8.5 million devices during the festive season in the country.

The company claimed that it made $1 Billion GMV (gross merchandise value) during 9 October to 8 November 2018 time period.

Raghu Reddy, head of categories and online sales, Xiaomi India said, “This year, we have outdone ourselves by selling 6 million smartphones and 8.5 million devices. We are thrilled and equally humbled by all the love we received from our customers from across India.”

Xiaomi has grown both in the online and offline space in the country. The China based company was able to sell four million smartphones during third quarter of last year.

Ankit Chaudhary, a re-seller of Mi smart LED TVs in Delhi said, “If a consumer is out in the market to purchase a premium brand 32-inch smart LED TV, he might end up paying more than Rs 30,000, whereas a 32-inch Xiaomi LED smart TV will only cost him around Rs 14,000 only. The best part in selling Xiaomi LED TVs is that it creates a win-win situation for us re-sellers and consumers too. The only drawback is – we cannot negotiate on the price part as Mi LED TVs are already priced so economically.”

The company had earlier claimed that Xiaomi was the number one smartphones and LED TVs brand on e-commerce platforms Flipkart and Amazon during the festive season sales.

The numbers will be of strategic importance to Xiaomi in further strengthening its market lead during the ongoing October-December quarter.

Bottom’s up! The Growing Trend of Bottom-mounted Refrigerators