The survey claims that two in three smartphone users in India are planning to buy their next smartphones in the Rs 10,000 to Rs. 15,000 price segment 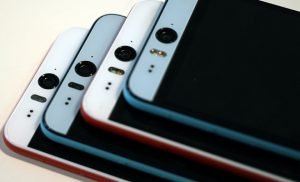 A research survey, ‘Consumer Lens’ conducted by Counterpoint research has claimed Xiaomi Smartphones to be the most preferred devices in the Rs 10,000 to Rs. 15,000 segment in India. The survey has also added that two in three smartphone users in India are planning to buy their next smartphones in the same price segment.

Pavel Naiya, Senior Analyst, Consumer Lens, said, “Mobile phone users in India are becoming more sophisticated as many of them are on their second or third smartphone. We have seen advanced features diffusing through the mid-tier segment faster than ever before and users are finding these features attractive enough to upgrade.”

The Indian smartphone market, known for its price sensitive consumers have termed OnePlus as the preferred brand in the fast-growing Rs 25,000 to Rs 40,000 segment. This price segment is best defined by the consumers who look for premium smartphone feature experiences at affordable prices.

Chinese smartphone brands including Honor, Xiaomi, Vivo, Oppo, Infinix, Lenovo-Motorola and One-Plus are leading the sales charts in the country. The sales figures of Honor, Xiaomi, Vivo and Oppo stood at Rs 51,722 crore in FY18.

In fact, Chinese branded smartphones accounted for more than half of total smartphones sales figures in the country in FY18.

Samsung retains top spot while Lenovo-Motorola is new No.2 in Indian...

Global Smart Speaker Installed Base to Top 200 Million by End...