Sony is showcasing new products featuring the proprietary technologies previously found in its Bravia flagship Master Series at the CES 2020. Other notable showcases done by the company at the same event include Vision-S. The first automated vehicle based on Vision-S will also be showcased at CES 2020.

“Sony seeks to deliver products, content, and services that resonate with people and affect a positive impact on society, based on its purpose to fill the world with emotion, through the power of creativity and technology. Creativity is a powerful driving force that moves Sony forward. When it is combined with our technology, it is unstoppable,”Sony Corporation President & CEO Kenichiro Yoshida stated at the Sony press conference held ahead of the exhibition’s public opening.

The company is also showcasing its efforts in the area of mobility including pursuing safety, reliability, comfort and entertainment at the event. Christened Vision-S, the first prototype vehicle to result from it is being showcased at the Sony booth. This prototype incorporates Sony’s imaging and sensing technologies, as well as on-board software regulated using Sony’s AI, telecommunication and cloud technologies, in order to continuously update and evolve its features.

A total of 33 sensors including CMOS image sensors and ToF sensors are embedded within the vehicle, in order to detect and recognize people and objects inside and outside the car, and provide advanced driving support. Sony’s 360 Reality Audio provides a deep and immersive audio experience through speakers built into each seat to encapsulate passengers in sound.

“The front seats face a panoramic screen on which rich and diverse content can be enjoyed through an intuitive user interface. Sony will continue to combine its advanced technologies to deliver greater safety and reliability, while also striving to inspire new emotion through revolutionary in-car entertainment experiences,”read Sony’s official statement.

Jim Ryan, president and CEO, Sony Interactive Entertainment, announced that PlayStation 4 has now cumulatively sold through more than 106 million units worldwide, and that PlayStation Network had reached 103 million monthly active users.  The company also plans to extend the portfolio of devices that are 360-reality-audio compatible.

“Our promise to the 100 million strong PlayStation community is to offer the biggest and best in content, and to deliver unique experiences to gamers with unprecedented speed,”noted Jim. 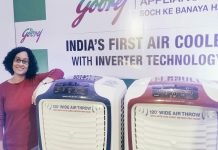 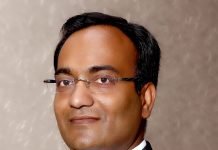 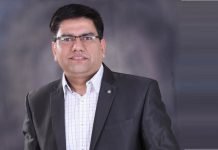 January 22, 2020
Vingajoy plans to retail this using online as well as offline channel in India This latest portable Bluetooth Speaker is powered by Bluetooth...

January 22, 2020
Samsung India has also introduced its 2020 refrigerators line-up The company said these new refrigerators are engineered to save energy Samsung has announced the...

January 24, 2020
Vishal Kaul was associated with Samsung Electronics as a director before joining Crompton Greaves Consumer Electricals He holds a bachelors in engineering and...

January 20, 2020
Muralikrishnan B, Xiaomi India COO, will now be responsible for company's offline expansion plans Manu Kumar Jain is one of the most known...

December 23, 2019
Salil has worked with LG Electronics, Samsung, Microsoft, Dish TV and Voltas in the past He will be responsible for expansion of Orient...

January 15, 2020
The government of India has plans to manufacture mobiles phones worth $190 billion by 2025 India had exported 8.8 billion worth of electronics...

Samsung and Xiaomi to Show Parity in Online and Offline Channels: Report

January 15, 2020
All India Mobile Retailers Association has been complaining about the different treatments online and offline channels have been getting Many smartphone brands, at...

Samsung Working on A51 5G, Might Launch Soon in South Korea: Report

January 13, 2020
According to the report, the phone will have 128GB of internal storage Samsung will launch the Galaxy A51 in India soon According to a...

Poco Will Now be an Independent Brand: Manu Kumar Jain