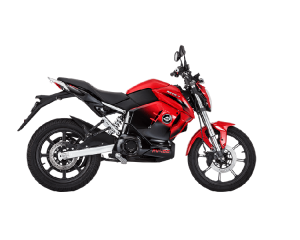 Revolt Intellicorp recently launched the first batch of RV400 which is an electric two-wheeler, retailing at an MRP of 1,03,999. The popularity of the product forced the company to shut down the sales of the first batch within four hours. The batch two of the product is in process and gaining interest of its perspective consumers. The product will be retailed from the new Revolt Hubs in Velachery and Anna Nagar, Chennai and it will begin by Mid-June.

Revolt Intellicorp claims the RV400 to be India’s first ‘Unlimited’ motorcycle. Also, the automotive giant is planning to bring down the waiting period of the RV400 from five months to three months for orders starting from March. The first batch of the RV400 were retailed in Hyderabad and Ahmedabad in 24 and 72 hours, respectively.

“The response from our customers has been phenomenal and this is encouraging us to fast-track our expansion plan. You will soon see Revolt conquer more uncharted territories and win more hearts”, Rahul Sharma, Revolt Intellicorp Pvt. Ltd, commented on the recent milestone.

We feel heartened with the tremendous show of affection you displayed at the Jubilee Hills Hub today, and … pic.twitter.com/gLaQvdLUbt

The stylish design of the Revolt RV400 is complemented by enhanced performance and riding dynamics. The RV400 is powered by a 3.24 KWh Lithium Ion battery that generates 72V of power and comes with a maximum range of 150 kms on a single charge giving it a top speed of 85 km/hr. It comes with a CBS braking system (Front Disc – 240 mm/ Rear Disc – 240mm) and an adjustable mono-shock. The Revolt RV400 has a ground clearance of 215 mm and will be fully charged (0-100%) in 4.5 hours. As part of the accessories package, Revolt will offer a connected helmet in partnership with Google, that allows you start the bike using a voice command- “Revolt Start.”