The IT equipment company has partnered with India’s Flex, which will handle its business in India 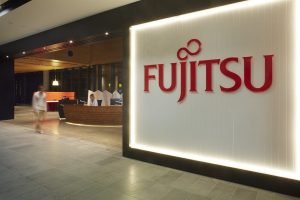 Japan’s Fujitsu has announced that it is entering the Indian consumer laptop market and is looking to sell 10,000 premium notebooks here by March 2022.

The IT equipment company has partnered with India’s Flex, which will handle its business in India including distribution, after-sales service, among others.

“Fujitsu Corporation has been selling business PCs in India which is always there. We are now launching notebooks for customers in the premium segment. We plan to sell 10,000 units initially by March 2022,” Fujitsu Client Computing (FCCL) President and CEO Takeshi Okuma said on the sidelines of an event to unveil the UHX series notebook in India.

The two products will be available for sale on Amazon from July 26.

FCCL is majorly owned by Lenovo, and Fujitsu group has a 44 per cent stake in the company.

“India is one of the most competitive markets in the world. There is always an opportunity for new entrants because India has an increasing population of high-income premium customers,” Okuma said.

With Flex as the exclusive partner for after-sales, FCCL will provide carry-in and pick up and drop service coverage across India.

Huawei Extends Warranty on Huawei, Honor Devices In India Due To...