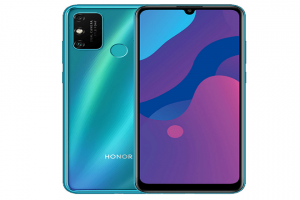 The phone runs on Android 10 with Magic UI 3.0.1 on top of it. It is backed by a 5000mAh battery with support for 10W charging through a micro USB port. It has a fingerprint sensor located on its back panel. In terms of connectivity, it supports dual SIM with 4G LTE support, Wifi, Bluetooth 5.0, GPS, A-GPS, GLONASS, micro USB port.