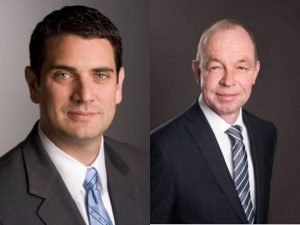 Kodak has announced major changes in its business divisions and leadership roles. The announcements include appointments of three new people on top positions and merging of several business units into one.

A press release issued by the brand read, “Todd Bigger has been appointed President of the new Kodak Software Division. Roger Byrd has been appointed general counsel, secretary. Uwe Boerke has been appointed chief human resources officer and senior vice president.” It is to be noted here that all these people will be reporting to Kodak CEO Jeff Clarke.

Allan Brown, who is leaving Kodak to join the financial technology sector with Finastra in Austin, Texas, will be replaced by Todd Bigger. Todd has worked in sales, marketing and general management roles with Kodak for the past 22 years. He holds a Bachelor of Science degree in printing management from the Rochester Institute of Technology.

“I want to thank Allan for his efforts in rejuvenating and driving innovation back into our workflow solutions. We wish him the best of luck in his future endeavors,” said Kodak CEO Jeff Clarke.

Roger Byrd will be replacing Sharon Underberg. The latter has elected to resign in order to become General Counsel of a publicly-traded technology company. Roger joined Kodak in April 2015 as assistant general counsel and vice president, Legal Department, and has focused on corporate and transactional work in support of the company’s various strategic initiatives since that time. Roger holds a Juris Doctorate from Duke University School of Law.

Clarke said, “Sharon has been an outstanding leader over her 29-year career at Kodak and for the past four years has provided critical strategic and legal support to me, the Executive Leadership Team and the Board in her capacity as General Counsel.”

Uwe Boerke succeeds Mark Green and will retain his current role as the Managing Director for Kodak Germany. Uwe joined Kodak in 1988 and has held a variety of positions including HR leadership roles across various Divisions, EAMER and Equipment Manufacturing Europe. Uwe holds a master’s degree in Economic Science from the University of Hanover, Germany.

“For close to five years, Mark has been instrumental in partnering with me and the executive team on our transformation and providing exceptional leadership on HR matters. I wish him well as he looks for his next opportunity in the San Francisco Bay Area,” said Clarke.