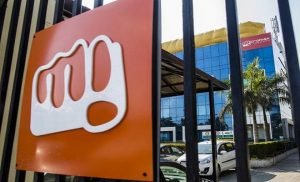 India-based smartphones and LED TVs manufacturer Micromax is looking to increase its international presence by foraying into South Africa. The company is expecting its export business to contribute as much as 20 per cent to its overall revenue figures by next fiscal.

It is to be noted here that Micromax, which was once famous for its affordable smartphones in the country, is now facing tough times and aggressive competition from several smartphone and LED TV brands in India.

Micromax co-founder Vikas Jain told a leading news agency that the brand has partnered with Vodafone to enter the South African market. He specifically pointed out that the African country registers sales of 8 million devices every month.

Micromax was successfully able to make it to the top five tally of smartphone players in the third quarter of this year. The brand had grabbed a Rs 1,500 crore order from the Chattisgarh government. Micromax had carried out this order in collaboration with telecom operator Reliance Jio.

Launching a new smartphone in India on December 18

The brand, which is facing tough competition from the likes of Realme, Xiaomi and Samsung in India, is planning to launch a new smartphone on December 18, 2018 in the country. It had also teased the same through a post on the social media website Twitter.

ZTE Phones Drop 48% in US Prepaid Market in Q3