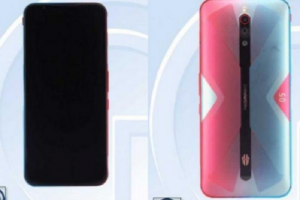 Nubia has confirmed that it will be announcing the Red Magic 5G smartphone on 12th March. It has also revealed some features of the phone.

The Nubia Red Magic 5G will come with a 16.89 cm (6.65-inch) display and will have a 144Hz refresh rate supporting screen. It will be powered by Qualcomm Snapdragon 865 processor. The phone will come with up to 16GB of LPDDR5 RAM and 256GB onboard storage. It will also have an air-cooled fast charging solution.

Triple camera setup at the back

As per reports, the phone will be backed by a triple camera setup at the back with a 64MP main camera with IMX686 sensor. At the front, the phone may come with punch-hole design. It will also have an in-display fingerprint scanner and run on Android 10 with Redmagic OS 3.0. The phone will be powered by a 4500mAh battery with 55W Super Charge fast charging.