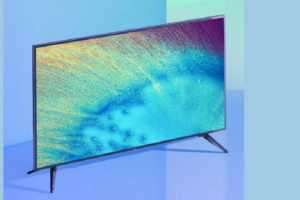 Redmi has launched 101 cm (40-inch) Full High Definition (HD) smart TV in China. It has priced the TV at Yuan 999 (approximately Rs 10,059) and will sell it through various online retailers in China.

The TV comes with a resolution of 1920×1080 pixels, a 60Hz refresh rate, and a 178-degree viewing angle and is powered by a Cortex-A53 quad-core Amlogic processor. It has 1GB of RAM and 8GB of internal storage.

Two speakers of 8W each

Redmi had recently launched a 177.8 cm (70-inch) 4K screen in China and priced it at 3799 Yuan (approximately Rs 38,241). It features sixth generation Amlogic 64-bit chipset, a 1.5 GHz Cortex-A53 quad-core CPU. It has a 2GB of RAM and 16GB of onboard storage. It comes equipped with PatchWall UI with XiaoAI voice assistant.

Oppo Partners with Riot Games to Become Partner for League...