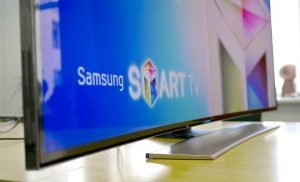 Samsung has announced the arrival of Disney+ app on its range of smart TV in United States (US). The company has also added Bixby feature on its 2019 QLED TVs range. Samsung said that user can control their smart TVs using voice commands via Bixby.

After the addition of Disney+, video streaming apps that Samsug now supports include but are not limited to Amazon Prime Video, Apple TV+, Hulu, Netflix and YouTube.

LG Electronics had also recently informed that it had started rolling out updates that embed Disney+ TV app in its range of TVs. The Korea based company informed that this app is available on compatible LG TVs in the United States, Canada and the Netherlands. LG’s customers in Australia and New Zealand have already started receiving the update.

The company is making this app available on more than 900 TV models it has produced so far. However, smart TVs manufactured by LG before 2016 might not be getting the app. Additionally these LG TVs have to be running on the webOS smart TV platform.

Oppo Now Has Wireless Earbuds in its Portfolio

Huawei Calls on U.S. Regarding the Recent Restrictions