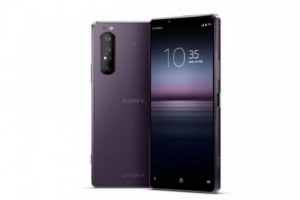 Sony has announced the Xperia 1 11 as its first 5G smartphone at an online event. The phone will come in black, white and purple colours.

The phone will come with a 16.51 cm (6.5 inch) display 4K HDR OLED display with a resolution of 1644 x 3840 pixels with 21:9 aspect ratio, Motion Blur Reduction and Corning Gorilla Glass 6 protection. It is powered by Qualcomm Snapdragon 865 processor with Adreno 650 GPU. It has 8GB of RAM and 256GB of internal storage which can be expanded up to 1TB via microSD card.

It runs on Android 10 and has a side-mounted finger. The phone has dual front-firing speakers and is water-resistant with IP65/IP68 certification. In terms of connectivity, the phone supports 5G, 4G VoLTE, Wi-Fi 802.11 ac, Bluetooth 5.1, GPS/ GLONASS, NFC, USB 3.1 Type-C and 3.5mm audio jack.

OnePLus Will be the First Brand to Offer 5G Smartphones in...