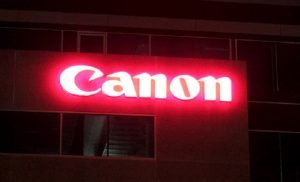 Canon India has launched a new campaign ‘Do great with Canon’ in the country ahead of the festive season. Canon says that through this campaign it wants its customers ‘to explore the possibility of taking great images out of ordinary everyday moments’ with Canon DSLRs.

Kazutada Kobayashi, president and CEO, Canon India said, “Festivals are special occasions which bring about such memorable moments, and through our pan-India initiatives and customized offers we want to give our customers more reasons to rejoice during this season. With customer delight as our core resolve, we hope our customers make the most of this occasion and avail the festive benefits on their favorite Canon products.”

Soon to be launched in print and outdoor media

According to Canon India, the campaign story centres around a young protagonist on his desire to make great shots from ordinary everyday moments. The campaign shows how being at the right place and right time does nothing if the right camera is not there.

The campaign is already live on digital platform in the country. Canon India will soon roll out the campaign in print and outdoor media according to Canon.

Canon India has also launched other initiatives in the festive season to engage with more customers. In the northern side of the country, Canon has come up with professional photography workshops to reach out to professional photographers and videographers in tier 2 and tier 3 cities. Through this program, the company plans to make such photographers aware of Canon full frame mirror less cameras and RF lens series according to the company.

Canon India says that it will participate in the Lucknow photo fair to be held on 12th and 13th October. The company will where showcase its range of DSLRs, mirror less cameras, Pro DV cameras and printers, through a wedding themed demonstration zone according to Canon.

The company is also organising roadshows in the North to reach out to jobbers with live demonstration of the colour and mono copiers specially designed for the segment said Canon. To attract more customers, Canon India is organising exclusive advanced and wedding photography workshops for photographers along with live demonstrations of full frame DSLR Cameras & mirrorless cameras at multi brand outlets.