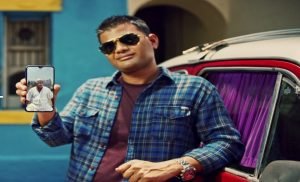 Transsion Holdings owned Tecno, on reaching two years anniversary mark in India, has announced the launch of its new marketing campaign in the country. The 360-degree marketing campaign ‘Shine in any light’ will start from 2nd May 2019.Its seems the company is trying to woo consumers with camera prowess of its smartphones.

Mr Arijeet Talapatra, CEO, Transsion India said,” With Camon i4, we have brought the best of smartphone camera technology to our consumers with a unique proposition of capturing superb photos with the help of a 16MP AI selfie and AI triple rear camera powered by night algorithm 2.0 and Super Quad Flash light making photos shine brighter no matter what the darkness. To strengthen the product launch we are kick starting our brand campaign Tecno Shine In Any Light from 2nd May.”

He added, “The campaign celebrates the free spirit of ordinary individuals who braved all odds to become successful in their passion areas and that Tecno smartphones enable the consumers to shine, no matter the darkness. No matter what light, you always keep shining.”

Targeted towards the youth

Conceptualised and executed by CreativeLandAsia, the campaign is targeted towards the youth of the country. Tecno’s official statement read, “They are the ones that do not get influenced and are rather liberal about the choices they make in life. It is from this attitude that stemmed the core campaign idea of ‘Shine in any light’ focusing on the belief that for Indian youth life is not just lived, it is performed. Deep inside everyone there is piece of extraordinary waiting to be seen which can be discovered through Tecno’s ‘AnyLight camera’ lens, which help the consumer shine their best in any circumstance.”

The campaign ‘Shine in Any Light’ includes a series of three documentary style films featuring Vicky Roy – A Rag Picker turned street photographer, Chandani Srivastava – A Street Dancer turned Choreographer, and Toshada Uma – The Hairless Style icon celebrating individuality and strength of mind and people who believe in paving their own way in life against all odds.

Ms. Sudeepa Ghosh, executive creative director said, “The new campaign ‘Shine in any light’ speaks about three people who have struggled their way through adverse situations and have reached a point in their lives where they’ve become an inspiration for countless others. In a land of 1.3 billion people, there are those hiding behind their dreams, fighting for some bytes on social media. And then there are those who shine with perseverance, talent and grit.”

Fanzart Aims to Double its Presence in India by 2020

Blue Star Plans to Spend More on Brand Building in 2019