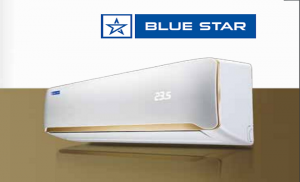 Blue Star has launched 75 new models of room air conditioners in India. The company said that it will be retailing Inverter ACs at starting prices of Rs 33,790 in the country.

Company’s official statement read, “The range of these inverter ACs starts from Rs 33,790. Further, consumers can also avail attractive 0% finance with easy EMI options and cash back offers vide tie-ups with leading banks and finance firms. All Blue Star inverter ACs are backed with an assured comprehensive warranty for the first year, and a long term warranty of 10 years for the compressor.”

Blue Star, which is celebrating its Platinum Jubilee this year, forayed into the residential segment in 2011. The company had recently said that it is also planning to increase its marketing and advertising budget in India.

The company had reported a total income of Rs 4660.21 crores for the year ended March 31, 2018 on a consolidated basis, compared to Rs 4165.35 crores (excluding the excise component) during the same period in the previous year, representing growth of 12 per cent.

The company, on the side lines of these AC launches has also launched air-coolers under its sub-brand Windus. This range comes with different water tank capacities starting from 35 litres to 75 litres and a price range from Rs 8,990 to Rs 13,490.

It has also launched new range of air purifiers in India. Blue Star claims that these air purifiers are equipped with SensAir Technology, Nano-e, Plasma, and UV purification systems. Blue Star is retailing these for prices starting at Rs 8,990 in India.

Blue Star claims that its room air conditioners will be available at 5000 outlets in 575 locations spread across India during FY 2019. These outlets include exclusive as well as multi-brand sales outlets, sales and service dealers, retail showrooms, modern trade as well as on major e-commerce platforms.

Company’s official statement read, “Blue Star has a strong installation and service franchise network to support retailers. Currently, Blue Star has 200 exclusive brand stores in the country, and plans to increase it to 250 stores by the end of FY2 0. Around 52 per cent of Blue Star’s room air conditioner sales are from smaller towns since consumers in these markets are full of aspirations and prefer premium brands.”

Panasonic Eying 15 per cent Growth in the AC Segment