The company has announced two new ACs for India. Onida claims that these ACs have been developed to address the increasing demand of voice-controlled consumer electronics in the country 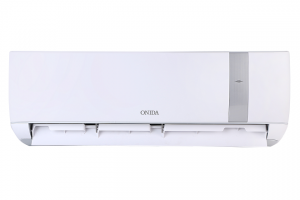 Today, Onida has announced the launch of Onyx and Genio smart air conditioner (AC) series in India. Onida claims that it was able to achieve 100 per cent growth in the AC segment during the last quarter in the country.

Onida’s official statement read, “In the last quarter, Onida achieved phenomenal growth of 100 per cent, pumped up by its success and the forecast demand of voice-driven smart technology in ACs in Indian market, the brand has launched these two new models.”

G. Sundar, CEO, MIRC Electronics (Onida) said, “We are very delighted to launch voice integrated smart air conditioners. Onida had phenomenal growth in air conditioners business during the last quarter and we are looking forward to a favourable season during the current year as well. This new range of products would definitely open up opportunities for us to expand the market and also gain momentum in our revenues under this segment.”

These ACs are powered by smart voice-integrated AI technology, inverter features and powerful cooling. Onida said that these ACs will cater to the needs of all segments in the country.

Onyx Smart is a voice-integrated smart AC, which is powered by Alexa, driven by Onida’s ViOT (Voice IOT) technology. Genio, however, is powered by Internet of Things (IoT).