The company has launched two new AC series in the Indian market. It claims that these new air conditioners (ACs) also work as air purifiers 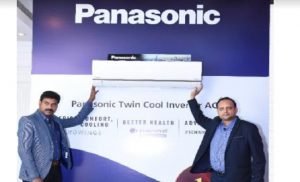 Panasonic has announced the launch of its new range of ACs in India. Dubbed the Advance series and Arch series, the company claims that these are also capable of improving indoor air quality. Panasonic has launched the new series in the Rs 39,900 to Rs 53,990 range.

The new range was launched in the presence of Gaurav Sah, Business Head, Air Conditioners Group, Panasonic India, and Richard Raj, Regional Head, South. The company’s official statement read: “With this new launch, Panasonic is looking at a growth of 15 per cent this year.”

Gaurav Sah said, “Panasonic air conditioners have been commanding No. 1 position in Japan for the last 10 years. We are also the No. 1 Brand in the Asia Pacific and worldwide. We have sold more than 10 Cr ACs. India is a strategic market for our growth in the segment and with such advancements, we are looking at growing our market share by 15 per cent in the next three years.”

Advance series ACs, as per the brand, make use of nanotechnology that uses nano-sized electrostatic atomised water particles to deodorise, inhibit bacteria and virus growth, remove dust and 99 per cent of PM 2.5.

The company’s official statement read: “The Arch series features an equally efficient AG clean filter which contains silver ions that have a powerful antibacterial effect, improving the air quality of the room.”

Sah added, “Our new range not only aims at improving indoor air quality, but also promotes better and healthier living among consumers by helping them make informed choices.”