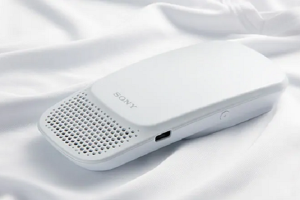 Sony launched a new product in the market that will likely be quite useful in the Indian subcontinent. The product is better known as the Sony Reon Pocket, a wearable Air Conditioner (AC). As per the sources, the device is currently available on sale in the Japanese market.

The interesting thing to note about this device is that it launched as a crowdfunding project back in August 2019. Now, almost a year after the initial reveal, the device is available for sale along with design, pricing, and more.

‘The product can reach -13 degrees Celsius’

As per the report, Sony has priced the Reon Pocket AC at 13,000 Yen or about INR 9,000. The company also revealed that users have to keep this portable AC in a pouch in a special t-shirt. Inspecting the technology, this AC does not purify and cool the air as a traditional AC. Instead, it uses what is called the “Peltier effect” to function. As part of the effect, a material absorbs or emits heat when an electrical current is passed across a junction. The product listing page indicates that Reon Pocket AC can push the temperature down by -13 degrees Celsius.

The users can also use it to increase the temperature by 8.3 degrees Celsius in cold weather. These claims note that the user was at rest for five minutes at room temperature. However, the decrease or increase will vary slightly depending on the person. In addition, the company also mentioned that the product can be controlled with a smartphone app. The app offers four different levels of cooling or heating along with an auto mode.

Sony noted that the battery can last up to two hours on a single charge. However, the device also comes with a USB Type-C port to charge the device back up. Also, the company is also selling a special inner-wear t-ship “RNPS-C1VA” in three sizes, S, M, and L. This innerwear comes with a pocket at the back where users can place the Reon Pocket AC. It is worth noting that the device is only available in the Japanese market at the time of writing.

Panasonic Launches Icon Series of ACs in India, Ties Up With Flipkart

Daikin Aims to Serve 93 Per cent Unaddressed AC Market in...