The smart band category is largely lead by the likes of Xiaomi in India. Astrum will be selling its latest offering through offline retail stores and online e-commerce portals 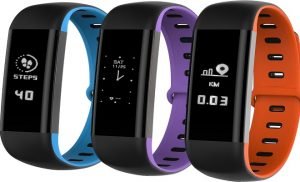 Astrum has expanded its smart wearable devices segment with the launch of a new smart band. Dubbed ‘Astrum Smart Band SB200’, the brand is claiming that its latest offering features heart rate monitor and sedentary reminder.

The brand says that Smart Band SB200 focuses on ‘every day health data’. Priced at Rs 3,499, Astrum will be selling its latest offering through offline retail stores as well as through online e-commerce portals in India.

The smart band category is largely lead by the likes of Xiaomi and FitBit in India.

Another recent report by the International Data Corporation (IDC) claimed that the global shipments of wearable devices reached 32.0 million units in the third quarter of 2018 (3Q18). The figures, as per IDC, reflect a 21.7 per cent increase in comparison to shipments made during the previous fiscal. The list of top five brands in the wearable segment include Xiaomi, Apple, Fitbit, Huawei and Samsung.

A press release issued by the company read, “The Smart Band monitors your sleep quality along with the silent vibration alarm letting you create your own sleep patterns in sync with your fitness goals.”

Astrum has equipped its latest offering with a 80 mAh battery that it claims can provide battery life of up to 3 days. Users will have to download ‘WearFit 2.0’ app that is available on Google Play Store and Apple App Store.

This band also provides notifications for messages, mails, WhatsApp and calls received on the smartphone. It is also equipped with anti lost alert and find phone features.