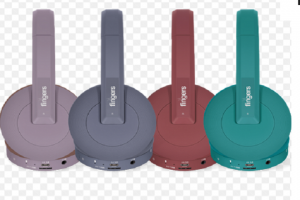 Fingers has launched Beaute wireless headset in India. The company will be selling the phone at a price of Rs 1,899.

The company says that the headset weighs 150 grams. It has leatherette on the ear-cups. It is powered by a 200mAh battery that gives six hours of playback time with one and half hours of charging as per the company.

The Beaute headset can be connected to a smartphone using Bluetooth or AUX mode. The headset is also equipped with voice prompts feature. It allows the user to control call and volume functions by voice command. It also has a MicroSD slot and FM Radio feature as well. It comes with 40 mm driver unit that provides deep bass as per the company.

The Chic Dual.D is equipped with multi-point technology that enables connectivity with two devices simultaneously allowing the user to switch between both devices on the go. It also supports Bluetooth v5.0 streaming technology