The company, in a recent interaction with Electronics For You, had said that it is looking for distributors to expand its network 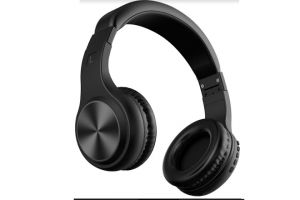 Talking about the launch of new wireless headphone Rhythm, Manvendra K Chandola, CEO, Riversong India said, “Adding Rhythm L to our audio category is extremely delightful for us as it has its own USPs. The quality of the headphones will drive the listener due to its trendy look and sound quality. The consumers will never have to deal with issues like lost connectivity due to the Bluetooth technology used in the headphones.”

Interestingly, the company for now, is following an offline sales channel first approach in India. Chandola had recently told Electronics For You that the company’s official approach was to be a smart devices company. The company, as per Chandola, is offering 40 to 50 per cent margins to its retailers.

Chandola added, “Additionally, we think that the Indian customers are more inclined towards touching and feeling the product before buying it. Riversong wants to be a viable brand, and to achieve that being present in India all over through a strong retail network is the first requirement.”

Rhythm L wireless headphones are based on Bluetooth v5.0. Riversong claims that these offer a connectivity distance of up to 10 m. These are powered by a 500 mAH battery that, as per the company, can power these for up to 10 hours on a single charge. The 500 mAh battery takes up to three hours for charging completely.