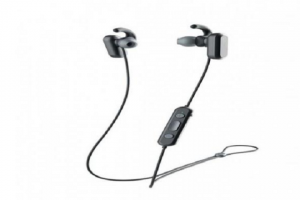 Skullcandy has launched Method ANC earbuds in India. It has priced the earbuds at Rs 7,999 an d will be selling it through its website and Croma and Amazon.

The company says that the Method ANC will be the first earbud from the company to feature active noise cancelling technology in its product portfolio.The earbuds come with IPX4 rating making them sweat and water-resistant. To add another layer of security, the earbuds have a built-in Tile tracker that will allow the user to locate the earbud.

Up to six hours of battery life

Recently, Skullcandy had launched Vert wireless earbuds in India. It is selling the earbuds at Rs 4,999 on its official website. The earbuds come with up to 10 hours of battery life and the company claims that the battery backup can last at -20 degrees Celsius. It also claims that it can give two hours of playback time with 10 minutes of charge.