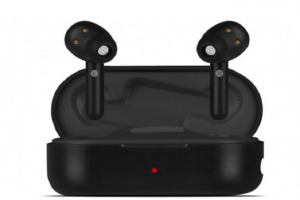 Zebronics has launched Zeb-Sound Bomb wireless earphone in India. The company will be selling the earphones at a price of Rs 2,429 through retail stores in black, white, red and black colours.

On the connectivity front, the earphones support Bluetooth 5.0. The earphones have a touch button on the top to play and pause. If the user double touches the button, it activates the voice assistant for Android and ios devices.

The company claims that the earphone comes with a playback time of six hours that can be extended up to 18 hours of playback with the charging case. The earphones come with a magnetic design with space for the earphones to fit in magnetically as per the company.

In October, Zebronics had launched Zeb-Soul wireless neckband in India. It is selling the earphones at a price of Rs 3,499 across retail stores in the country in black, grey, red and blue colours.