This is the fifth launch in the consumer electronics vertical by the company in under three months time. Astrum had last launched a headset in the second week of March 2019 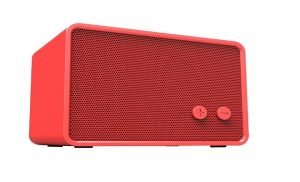 Astrum has announced the launch of ST180 Wireless Speaker at an asking price of Rs 1,299 in the country. The company seems to be targeting frequent travelers.

Manoj Kumar Pansari, Chairman and Managing Director, Astrum Holdings, said, “In our mobile lifestyle, one needs to have tech products which are easy to use and also multifunctional. Understanding the mobile needs, we have launched ST180 in trendy colors and superior technology, in never seen before prices.”

It is to be noted here that this is the fifth launch in the consumer electronics vertical by the company in under three months time. Astrum had last launched a headset in the second week of March 2019.

The company has equipped it with a 500 mAh battery that it claims can last up to six hours. It features media and volume control keys on the front side.

Astrum’s official statement read, “The latest in superior sound ST180 offers high-sensitivity and dynamic range, with immersive stereo sound experience. The speaker gives you a rich & crystal clear audio output, with 3W RMS to give you a distortion-free sound.The portable speaker also has media controls, volume controls in the front. It comes with hands-free calling function with a built-in rechargeable battery and wireless Bluetooth transmission.”

It continued, “With a range of about 10 meters, the speaker is compatible with Micro SD cards. The product is already available in 4 colours which are Red, Green, Black and Grey in Offline with retail stores and Online with Amazon India.”

Astrum India had reportedly stared working on its Andhra Pradesh located manufacturing unit in February 2019. The announcement was made after the company had signed a MoU with the Andhra Pradesh state government last year.

Pansari at that time had said, “This is indeed a big milestone for us. The choice of Andhra Pradesh as the destination for the new manufacturing unit is due to the state’s ease of doing business and growing focus on ‘Make in India’. We are happy to have laid the ground for the Astrum manufacturing plant here in Tirupati. This facility will also help us in expanding our manufacturing capabilities while increasing our reach in the Southern India.”