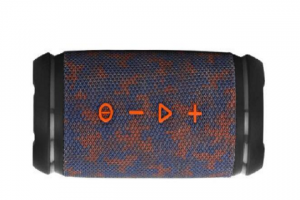 The Airdopes 311V2 comes with 8mm rhythmic dynamic drivers. It supports Bluetooth v5.0 and has IPX5 rating. As per the company, they offer up to three and half hours playback per charge provided by a 500mAh capacity of the carry case. The company added that the case itself can offer up to four times the charge. They support stereo calling and offer capacitive touch controls.

The Stone SpinX 2.0 comes with an IPX6 rating. It supports Bluetooth version 4.2 and has 40mm drivers. The company says that the speaker gives HD immersive audio and resonating bass. The boAt wireless speaker can give up to eight hours of playtime as it is backed by a 2,200mAh lithium battery.

The boAt Stone 170 comes with 5W output and IPX6 rating. It is backed by a 1,800mAh battery which gives up to six hours of playtime. The Stone 170 supports Bluetooth V4.2