Sony India is now retailing a total of three wireless speakers under the SRS lineup in India. Being promoted as waterproof, the latest launches include SRS-XB32 and SRS-XB22 portable Bluetooth speakers. These are priced Rs 10,990 and Rs 7,490, respectively.

Company’s official statement read, “Feel the deep and punchy bass sound with the popular extra bass series of speakers from Sony. The XB32 and XB22 have dual passive radiators, which work together with stereo full range speakers to enhance vocal clarity and give bass a boost, despite the compact size.”

These speakers have joined the SRS-XB12 portable speaker family in India. Sony has launched first speaker in the SRS family during the third week of April. SRS-XB12, priced Rs 3,990, is also the most affordable in the series. The company is retailing SRS-XB32 and SRS-XB22 speakers through major electronic stores and e-commerce portals in India.

Up to 24 hours playback time

Sony claims that its latest XB32 speaker can provide up to 24 hours of playback time on a single charge. Users can also charge smartphones using its battery. XB22, on the other hand, provides up to 12 hours of battery back-up time. Sony’s official statement read, “The speakers support Google Assistant/Siri via voice assistant features enabling you to sync your music on-the-go.”

It continued, “Turn any venue into a party with the improved multi-color line lighting on the XB32. With multiple colours and flashing strobe lighting effects, the XB32 gives the party a club atmosphere by syncing the lights to the beat of the music you love. Make it personal and customize these party functions via the Fiestable app. The XB22 also comes with single colour line lighting to liven up the party.”

The speakers have an IP67 rating, which means that they are resistant to water and dust. The XB22 and XB32, as per Sony, are also rustproof and shockproof. Sony claims that a user can connect up to 100 speakers using Bluetooth at the same time. 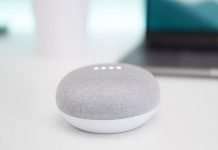