This is the sixth launch in under six months time by the company. All these six products were launched in the sound category 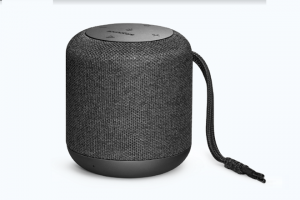 Soundcore by Anker has announced the launch of Motion Q Speaker in India. The company is claiming that this portable Bluetooth speaker is IPX7 waterproof rated. Soundcore is retailing it through both the online, and offline sales channel.

A lot of companies have launched waterproof speakers in India in the recent past. One from Axxeum is being retailed for a price of Rs 2,995 on a popular e-commerce portal in India. Similarly, VibeX and Callmate are also retailing these for prices under Rs 3,000 in the country.

It is to be noted here that Soundcore has announced this for a price of Rs 5,499. This is the sixth launch in the sound consumer electronics category by the company. The company had last launched Bluetooth earbuds in India in the month of March 2019.

Founded in 2011 in California, Anker Innovations is a US based consumer electronics brand. It is the brainchild of a former Google employee Steven Yang.

Soundcore Motion Q Speaker, as per the company, features a Li-ion battery that can power the speaker for up to 10 hours on a single charge. Company’s official statement read, “Motion Q’s back-to-back full-range drivers and dual passive radiators deliver music evenly around the room for stunning 360° sound. To produce breath-taking depth and clarity, Motion Q utilizes exclusive BassUpTM Technology, that enhances your music’s bass frequencies in real time via state-of-the-art neodymium drivers.”

It continued, “An IPX7 waterproof shell creates an impermeable barrier around the internal components, sealing them off from destructive liquids and potential damage. Not even full submersion stops Motion Q from sound tracking your life. The waterproof barrier can withstand full immersion in up to 1 meter of water for 30 minutes.”

The company has launched Motion Q Speaker in four color options namely – Black, Blue, Red, and Grey. It is also equipped with a microphone for answering calls.