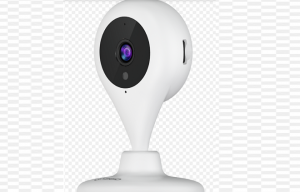 360 Smart AI, a security brand with IoT products and solutions, has added another product to its security camera portfolio in the country. Dubbed D600, the company claims that this camera features motion detection facilities up to a distance of 23 feet (7m).

Mukesh Chaudhary, spokesperson, 360 Smart AI, said, “Our D600 is all about assuring you of the basic need of feeling secured by making accessibility to your child’s play or your older parent’s activities visible to you. Our smart approach capability uses intelligent features to keep your home/offices worry free.”

The wireless indoor camera can be both table and wall mounted in operation. The company is claiming that D600 is capable of recording 1280 X 720 full HD videos with wide angle 110-degree vision.

Company’s official statement read, “With advanced AI motion detection and superior algorithms, the camera gets activated if any movement is recorded, but effectively filters out false alarms such as curtain movements etc. In case of any movement, the camera effectively sends notifications to your mobile phone.”

It continued, “With inbuilt microphone and speaker, the camera facilitates two-way real time communication, with anti-noise technology. The fluent sound allows you to communicate with your family or pet, share live streaming video with your family members and friends to stay connected at all times.”