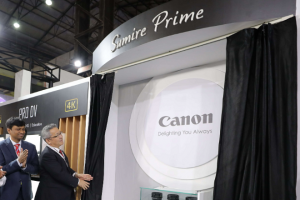 Kazutada Kobayashi, president and CEO, Canon India pvt ltd, “In our constant endeavor to always delight the customers, this year, we announced the Sumire Lenses, a prime series of fixed focal length cinema lenses for PL mount cameras. We look forward to enhanced customer participation in the show, thereby aiming to connect and collaborate with more audience and drive greater visibility for the brand.”

Fujifilm Adds New Mirrorless Camera to its Portfolio in India