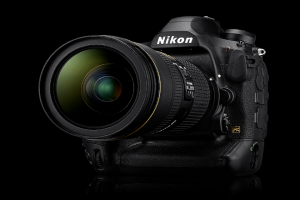 Nikon claims that the D6 is the most powerful autofocus camera from the company. It comes with 105-point autofocus with high-density placement says the company. It has a Multi-CAM37K autofocus sensor module. It reduces non-AF covered areas which give 1.6x more accurate than the D5 claims Nikon.

The camera will deliver 14fps of continuous shooting speed with AF/AE. It is equipped with dynamic-area AF and 3D-tracking that maintain focus. Nikon says that the user can shoot silently in full megapixels in live view photography. He/she can shoot up to approximately 10.5-fps with auto exposure (AE) tracking. The camera also has Evolved Auto area AF that automatically detects and achieves focus based on information from all focus points.

Nikon also said that the camera can deliver faster image transfer with built-in WiFi and WT-6 transmitters. It has a port for Wired LAN that supports 1000BASE-T standard and gets around 15 per cent faster communication.

The camera also has priority image upload feature that allows the user to select and send handpicked images rapidly through wired LAN and WT-6/A/B/C. It also has a simultaneous recording of JPEG+JPEG images feature. The user can keep large JPEG files for editing and small or medium JPEG can be recorded as a transfer option.