Nikon has finally entered the mirrorless camera market with its Z6 and Z7 cameras that are performance-based, especially in low light 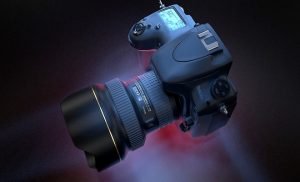 Nikon has launched the Z-series cameras, its first range of mirrorless cameras, in India. The cameras, Z6 and Z7, are said to be completely different from the digital single lens reflex (DSLR) range.

The Z7 camera body comes at a starting price of Rs 2,69,950 while that of Z6 starts from Rs 1,69,950. With its first fully mirrorless range, Nikon has taken the professional camera market to a next level.

The Nikon Z6 camera is regarded as an all-purpose camera with 24.5 megapixels. It has a sensitivity range of ISO 100–51200. It is ideal for low-light photography.Z7’s FX-format full-frame CMOS sensor with backside illumination has 45.7 megapixels. It supports a standard sensitivity range of ISO 64–25600. The company claims this offers an outstanding level of sharpness and detail.

The new Z-series cameras come with EXPEED 6 image-processing engine. On the autofocus front, Z7 comes with 493 focus points and the Z6 with 273 focus points. These allow almost 90 per cent coverage of the imaging area both horizontally and vertically.

In terms of video quality, the cameras can record a full-frame 4K UHD 3840 × 2160p videos at 30fps and the full-HD ones at 120fps. Features like active D-Lighting, electronic vibration reduction, and focus peaking can be used in 4K UHD and Full-HD movie recording. Nikon has also included an interval timer photography that can give you an 8K time-lapse.

The cameras have FTZ Mount Adapter, allowing the photographer to use his/her existing F-mount lenses on the new Z-mount body. Nikkor’s Z lens series has 35mm and 50mm prime lenses with f/1.8 aperture and a 24-70mm zoom lens with f/4 aperture.