The brand has priced it at Rs 7,990 in the country. It features touch-sensitive speed controls and a multi-functional display screen 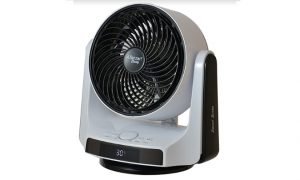 Fanzart, that claims itself to be India’s first luxury fan brand, has announced the launch of a new table fan in India. Dubbed ‘Buddy Fan’, the brand said that it is a remarkable feat of engineering that balances style with utility. It features three-dimensional oscillation that can be operated through a remote control to control the direction of airflow.

Speaking about the new launch, Anil Lala, Director, Fanzart India. said, “Gifting a fan might sound awkward so was tech once was upon a time. This generation, does not believe in cliche Gifting Ideas, or gifts that remain in their cupboard with zero utility. Understanding which we brought Buddy Fan, that not only personalizes your space but also builds added personality with its good looks. A thoughtful Gift, that will be put to use and cherished.”

The brand claims that this personal table fan can be fixed in any place and is also easy to carry. The fan operates at 24 watts’ power and allows users to adjust speeds or wind mode along time setting as per their convenience. It comes with aremote control, touch-sensitive speed control and multi-functional display.

Fanzart had recently also claimed to launch fans based on a new summer-winter technology. It had said that Maple series fans delver cool breeze when rotating anti-clockwise and warm air when rotating clockwise.

Anil Lala, at that time, had said, “In summers, our summer-winter fans will cut back on the need of air conditioning, without sacrificing comfort, while in winters, you can stay warm with the unique technology. Ideal for adding comfort to a bedroom or family room, the summer-winter fans can be uses for cooling or heating a space year-round.” 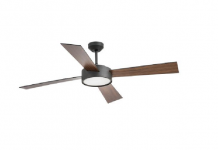