The company has priced it at Rs 16,990. LG’s first ceiling will compete against the like of Ottomate and Fanzart fans in the country

Electronics For You was the first one to break the news of LG entering the ceiling fan vertical in India. Now, LG has launched its first ceiling fan and named it ‘The Fan’. However, the price tag LG has announced the fan at, makes it obvious that the Korea based company is eyeing the premium smart ceiling fans market.

LG has also added a website page for ‘The Fan’ on its India website. Electronics For You learned that the stocks of this new LG home appliance product have already reached its sales channel and retailers in the country.

Competition in the market

LG’s first ceiling fan will now be competing against ceiling fans offered by the likes of Ottomate, Fanzart, Orient, Crompton and Atomberg in India. Like LG, several of these companies have already launched smart ceiling fans in India.

It is to be noted here that LG has priced this fan at Rs 16,990. At this price, LG’s first offering in the ceiling fan segment not only becomes premium, but probably out of reach of the middle class consumers as well.

Developed by a team in India

It is confirmed that the fan has been completely developed by a team based in India. Majority of the components used in the manufacturing of this fan have been developed in-house by LG.

An individual told Electronics For You, “The India team working on The Fan project was constantly in touch with its Korea Counterparts. Though the team did receive a lot of help from Korea but the majority of the design and development took place at LG’s Noida facility.”

LG will be retailing this smart ceiling fan in four color variants namely Silver, Pink Topaz and Shimmer Brown. Company’s brochure for its furst ceiling fan confirms that it is indeed equipped with a 24V BLDC motor.

Other notable features mentioned on the brochure include LG’s smart Thinq and Amazon Alexa compatibility. This ceiling fan can be controlled remotely and also has mosquito away feature. This fan, as per LG, only consumes up to 1W power on standby mode. 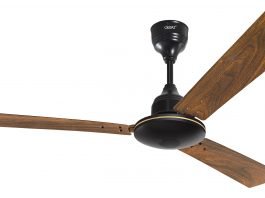 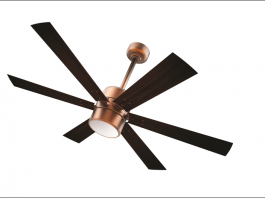 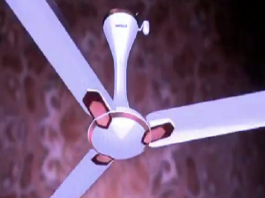