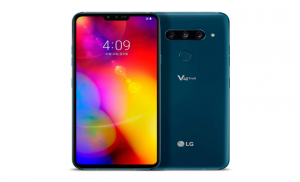 LG has officially launched the V40 ThinQ smartphone in India. The Korea-based company has priced it at Rs 49,990 in the country, and it will be available for retail on Amazon India website.

This latest smartphone by the brand includes features like triple-rear-camera setup, dual front sensors and OLED display screen. It is to be noted here that past few years have not been good for LG’s smartphone vertical.

The brand is not only offering the device with bundled no-cost EMI options, but it is also promising a cashback of Rs 5,000 on exchange. LG has also promised a free screen replacement offer with the smartphone.