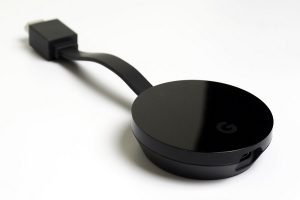 Google is planning to launch the second generation of the Chromecast Ultra this year. According to reports, the launch by the US-based technology giant will be based on Android TV and will feature an external remote as well.

According to sources, the device has been tentatively named “Sabrina” and it claims to support 4K HDR content. Moreover, the company informed that the device will also support the usual Chromecast Bluetooth and WiFi connectivity.

Features of the Chromecast Ultra

According to the report, the external remote that will control the device has a unique design. The product design resembles a cross between a Daydream View remote and an Apple TV remote. The remote will have a microphone and a Google Assistant button. The device is expected to have a rounder finish along with the typical “G” branding and feature an HDMI connector similar to the current Chromecast Ultra.

Moreover, the company claims that the device will give users access to apps such as YouTube TV, Netflix, Disney+, Hulu, and more. However, there is no information on what the pricing of the new Chromecast Ultra will be.

The product was reportedly going to be launched at the Google I/O 2020 event along with the Google Pixel 4A. Since the event is no longer happening due to the coronavirus outbreak (COVID-19), a release date for the device is still up in the air.