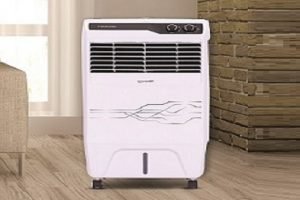 Hindware, known as a sanitary ware company in India, has announced the launch of Hindware Snowcrest air-coolers in India. Launched in 23L and 24L capacities, the company is retailing both these at a price of Rs 9,490 each in the country.

The company said that both the air-coolers have been launched in the personal cooling segment. It is to be noted here that India is one of the biggest air-cooler markets in the world. Despite a lot of renowned brands present in the category, the air-cooler market is still ruled by local brands in India.

Hindware’s official statement read, “These air coolers occupy minimum space and are designed with state-of-the-art features such as high air delivery rate of 1600 m3/hr and compete shut louvers to protect from dust and mosquitoes.”

It continued, “The personal coolers also come equipped with many top of the line features, including inverter compatibility to function even during long and irritating power cuts; ice chamber with cooling equivalent to that of an air conditioner; humidity control; and a transparent viewing glass to easily ascertain when the air coolers require a re-fill.”