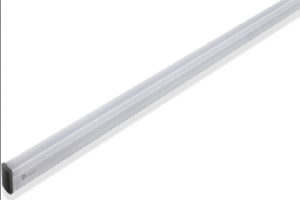 Gurumukh Uttamchandani, executive director, Syska Group, said, “With the launch of the Syska Smart Tube Light, we aim to bring in innovation in India’s tube light market. As there is an increasing demand for voice controlled smart LED lights, Syska has been rolling out smart products consistently to cater to our customer requirements. We are focused on continuously innovating and introducing new products in the LED space that truly make a difference to the lives of consumers.”

The tube light is equipped with 1600-2000 lumens and comes with Wi-fi connectivity. Users can operate the light from anywhere with the help of Syska Smart Home App. The company is providing a two-year warranty on the tube lights. The product also comes with support for Amazon Alexa and Google Assistant.

According to ResearchandMarkets, the global LED tube light market is anticipated to grow at a CAGR of 12.2 per cent during 2019-2024. Recently, Syska had launched anti- bacterial Bactiglow SSK-BAB-9W light emitting diode (LED) bulb in India. The company had priced the bulb at Rs 250 and is selling it at retail stores across the country.

Dish TV Will Offer Three Types of Set-Top Boxes to Its...