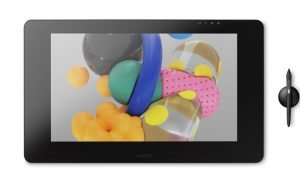 Wacom has announced the launch of its 4K Cintiq Pro 24 and 4K Cintiq Pro 32 in the Indian market. These interactive screens seem targeted towards creative professionals.

An official statement released by the brand read, “Designed diligently to aid creative professionals and set new standards in film and 3D animation, in industry design, digital art, game development and a broad range of human communication and expression, the 4K Cintiq Pro 24 and 32 will offer new high performance large-sized display built for cutting-edge creative and design applications including augmented and virtual reality.”

Rajiv Malik, senior director, Wacom India, said, “Wacom is a company that truly believes in assisting creative experiences. Our products are the result of vast research and understanding of what the users want. Professional artists and designers today have an increased appetite for various technologies like augmented and virtual reality or 3D. They also want customisable controls for getting the work done faster. We understand the different needs when it comes to creativity and this is why we are excited to offer a digital canvas which provides more space and more options for those who create.”

It added, “The Cintiq Pro 24 and the Cintiq Pro 32 come with an ExpressKeyTM Remote for utmost efficiency and comfort. A set of 17 customisable buttons and Touch Ring allow for instant one-touch access to time saving shortcuts in all your favorite creative applications.”