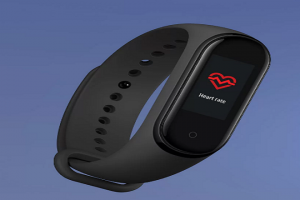 Xiaomi is all set to launch Mi Band 3i in India on 21 November. The company is taking registrations for a RunWithMi running event Energized by Mi Smart Band on December 1 in Bengaluru.

The company informed that participants will get the new Mi Smart Band. As of now, there are no details available about the specifications.

Mi fans, here's some motivation for you to #RunWithMi. Every finisher will get the upcoming #MiSmartBand.
Can you guess? Hint's in the image.

For those who haven't registered yet, head here > https://t.co/FyLHcwnWIr pic.twitter.com/K7fmDVWOlZ

The company launched Mi Band 4 in India in September this year for Rs 2,299. The Mi Band 4 features a 2.41 cm (0.95 inch) AMOLED display with a 2.5D scratch-resistant glass panel. The company claims that the band comes with a built-in six-axis high-precision sensor, supports sedentary reminders and heart rate warning function which vibrates the band to remind when the heart rate is too high.

The company claims that Band 4 comes with a 135 mAh battery that can give 15 days of battery life on a single charge on NFC and up to 20 days on the standard version. Xiaomi said that the device is water-resistant to five atmospheres and supports swimming, outdoor running, indoor running, walking, exercising, riding six sports modes. The band also supports voice commands and 77 full-color dial themes.

Recently, Xiaomi has come out with a set of new features on the Mi Band 4. The new update on the band shifts the build number of the firmware to version 1.0.7.04. Xiaomi will make the new updates available to users in Turkey now and it will be rolled out to customers in other all markets soon.

Sharp’s New Products For India Include an Oven and a Bread...