The Nokia 9 PureView is expected to be the world’s first smartphone with five cameras at the rear.

HMD Global will reportedly unveil the much-anticipated Nokia 9 PureView in Dubai by the end of this month.

According 91mobiles, an industry source familiar with HMD Global’s plans has confirmed the news, while also revealing that the penta-cam handset will be launched in India sometime in February.

In addition, the company plans to launch a couple of other Nokia smartphones in the country in the same month.

If reports are to be believed, Nokia 9 PureView may carry a price tag of around Rs 60,000, which will make it the most expensive Nokia phone from HMD Global’s stable.

As per reports, the Zeiss optics lenses on the Nokia 9 PureView will feature a computational photography technology developed by US-based startup Light.

With the use of this technology, Nokia 9 PureView will be capable of capturing five simultaneous pictures and collect 10 times more light than traditional smartphone camera. 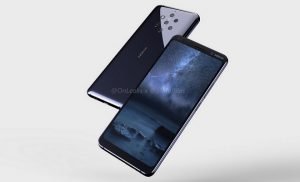 Additionally, it is said that users will be able to adjust the focus of images after they have been captured. The imaging setup is expected to include a telephoto lens, a wide-angle lens, and a depth-sensing camera, among others.

Further, Nokia 9 PureView is expected to sport a glass sandwich design with a metal frame in between, and a 5.9-inch QHD+ display with PureView technology.

Interestingly, it will also be the first Nokia smartphone to offer an in-display fingerprint scanner.

The smartphone is likely to be powered by a Qualcomm Snapdragon 845 processor and come with 6GB of RAM paired with 128GB of storage.

Other rumoured specifications include Android 9 Pie, a water and dust-resistant body, and a beefy 4,150mAh battery.