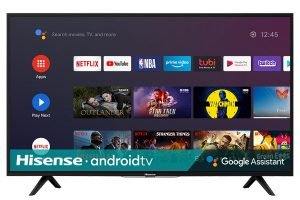 Apart from that the brand would also launch its range of QLED, UHD and Smart Televisions. The next line of products include Intelligent Acs and Side by Side Refridgerators this year.

Mr. Rishi Tandon, COO, Hisense India said about the launch event that that they are delighted to announce 6 new models of the ‘Make in India’ television range with consumer benefits like 5 Year Panel Warranty on the entire range for a limited time period. The entire product range will be available on Amazon, Flipkart, Reliance and  TataCliq. The product launch would further be backed by a strong national service network of 450 service centre which would cater to 18500+ pinches to ensure the best after sales service.

The global tech leader has recently acquired the premium European brand Gorenje and leading Japanese brand Toshiba TV in addition to existing portfolio brands with an aim to expand globally. The Hisense group is planning to target 40 million TV sales, with its acquisition with Toshiba. The brand has been operating in over 160 countries with 14 intelligent manufacturing bases. The brand also invests 5% of its revenue back into R&D every year.

It has also been reported that Hisense has partnered with Dolby to bring Dolby Vision and Dolby Atmos its entire 4K rage. This would enable a fully immersive and engaging entertainment experience for customers. The fusion of Dolby Vision HDR picture and Dolby Atmos sound would provide amazing realism. The Quantum Dot Technology in the TV would create huge amount of colour combinations to present stunning picture quality and Full Array Local Dimming for better contrast ratio.

Hisense will also be launching next generation TV Products including Laser TV’s, World’s first Dual Cell TV products by end of the year. The upcoming Made In India television series of Hisense Amazing 4K LED TV are specially designed, manufactured and packed with innovation and top-notch technology features based on feature insights from the Indian market at the most competitive price points.

Mr. Ashim Mathur, Senior Regional Director Marketing also shared “Dolby and Hisense share a common goal to deliver best-in-class experiences to consumers in their living rooms. The combined Dolby Vision and Dolby Atmos experience in a single form factor will allow Hisense customers to experience their favorite content as the creators originally intended. With a large and constantly growing library of titles available in English and in Hindi, Indian consumers can instantly access this amazing content in Dolby Vision & Dolby Atmos.”

The entire range of Hisense Televisions cone equipped with the official Android TV 9.0 PIE operating system and official Google Play Story App preloaded giving access to 500,000+ TV shows and movies. The entire range has a Built-in Google Assistant and Built-in Chromecast for a seamless casting of any HD or Full HD content on the big screen. Along with it, the range also comes with One touch access feature on the remote. The 4K also comes with Dual Band Wi-Fi Support through which a user can experience 5G speeds and effortless 4K streaming on Netflix, Prime Video, YouTube, etc.

Speaking of Hisense, the company has been a technology leader in manufacturing premium televisions with an impeccable track record of providing top quality products. The company has a global presence in over 160+ countries having 14 manufacturing facilities located including countries like South Africa, Slovenia, Serbiam Mexico, Czech etc.

Realme Smart TV to Go on Sale In India Today