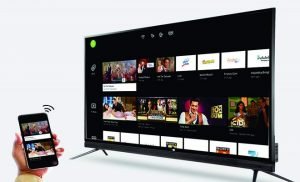 The company is claiming that the Quantum Luminit display in both the units offers 95 per cent NTSC to enhance the reds, greens and blues.

The latest additions to Daiwa’s smart LED TV range come with built-in soundbars and boosted tweeters. The variants use Android 7.0 Nougat OS and support apps including Youtube, Netflix and Hotstar.

Embedded with AI features developed by Sensy Technology, the new Daiwa range of smart LED TVs can be controlled using voice commands as well. However, users will have to download the app to enable the voice command feature.

Daiwa claims that the smart technology embedded in the new LED TVs creates a TV guide app that gives users direct access to channels on the set-top box.

Daiwa is also giving its consumers an option to purchase extended warranty for these LED TVs through ‘My Daiwa App’.